How I title a painting

The titles for my acrylic paintings are very important to me, because they reflect the idea behind the image, and also direct how I apply the paint.   Often, I have the title at the same moment I have the image--sometimes even before. This dappled forest image was taken while walking in the backwoods of Nova Scotia, near Tantallon. 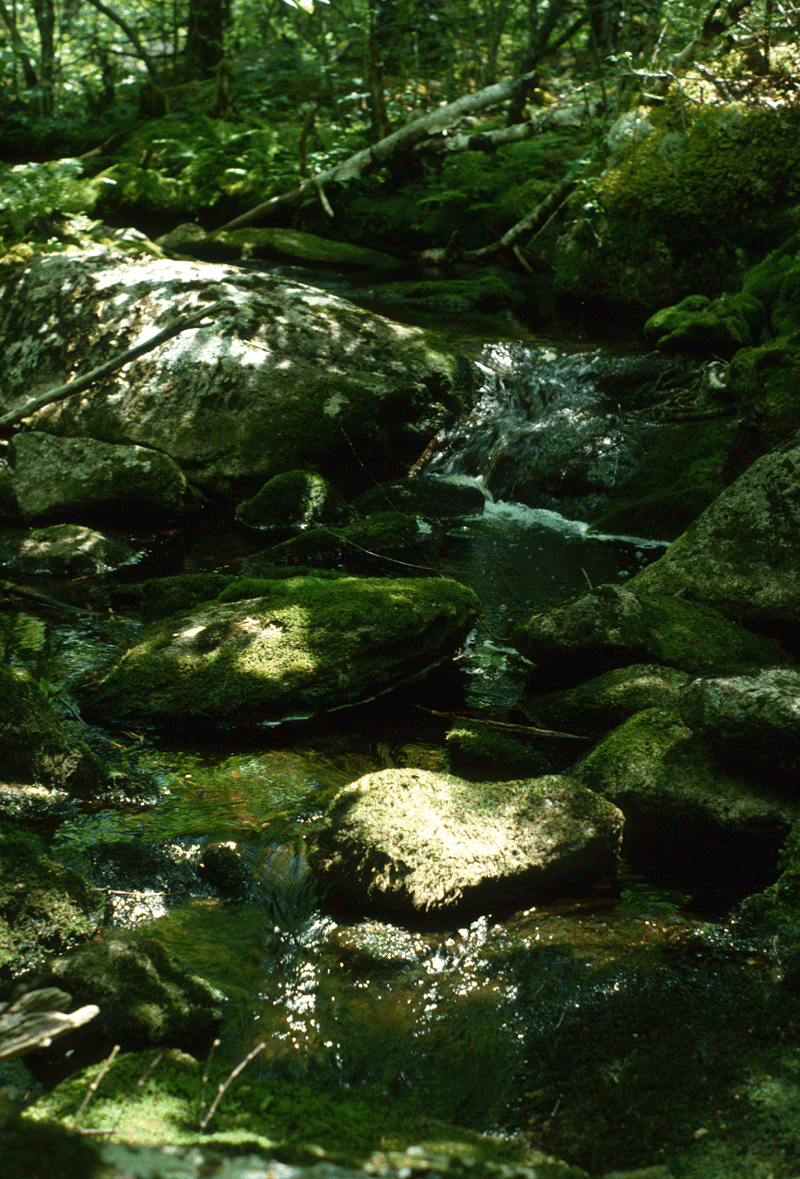 At home that night I was watching TV when an commercial came on for After Eight Chocolates. There was a line of dialog that when something like, "Marie worked her usual magic" showing a woman offering a plate of after dinner mints to a guest. I remember saying, "that's what that stream was today--usual magic."  And so the painting, and the idea directing the painting, had a name. 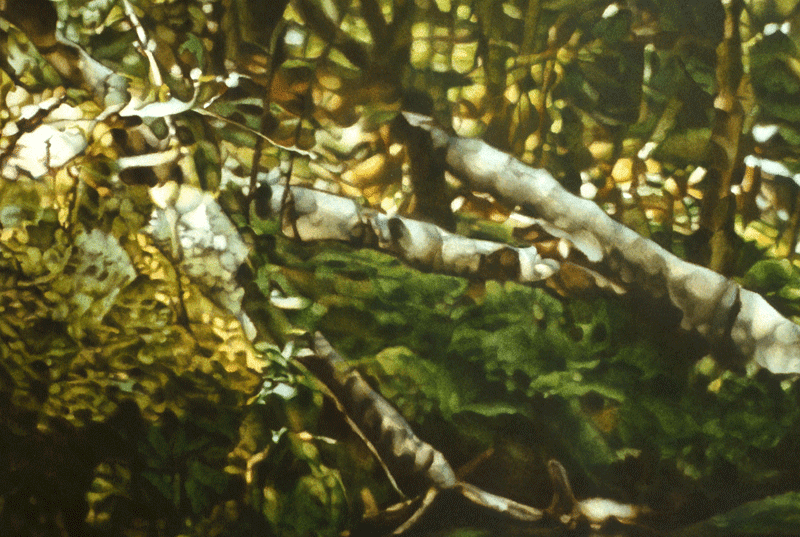 The first thing I establish is the focus which is a function of light and distance.  This is usual, which to me means common, regular; downed branches, twigs and moss. 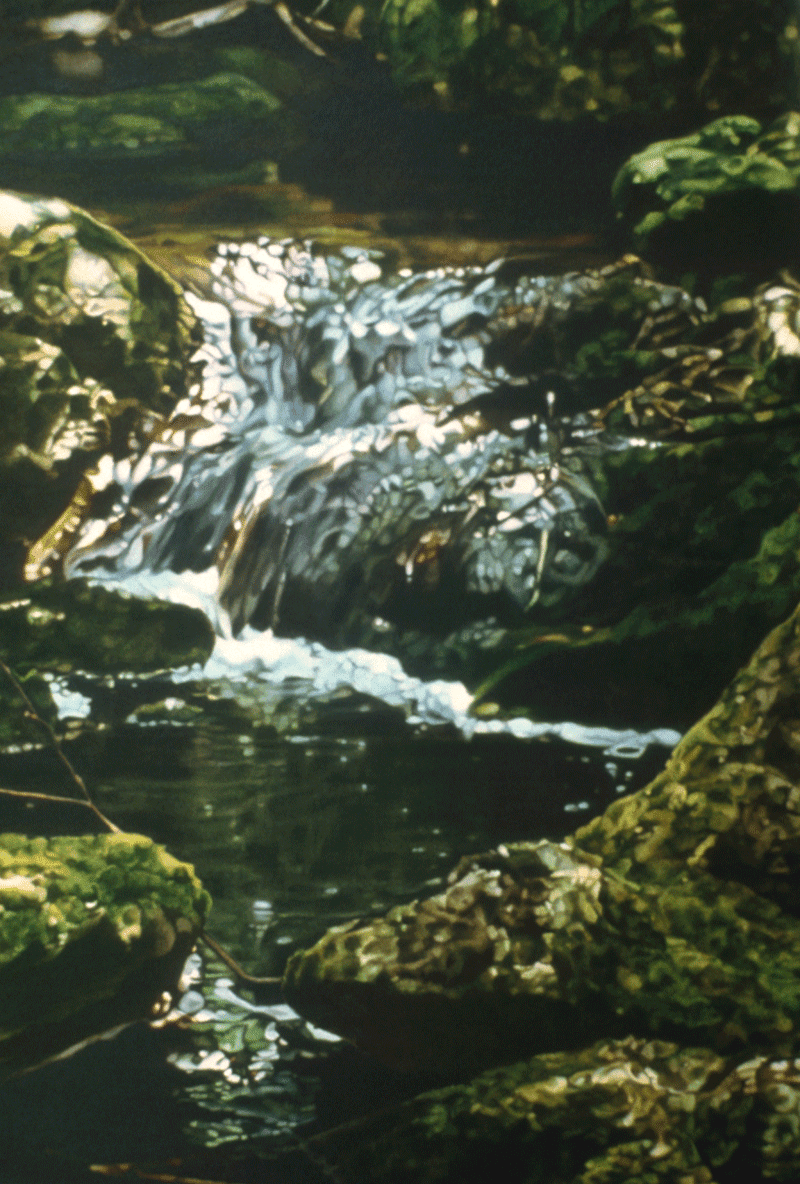 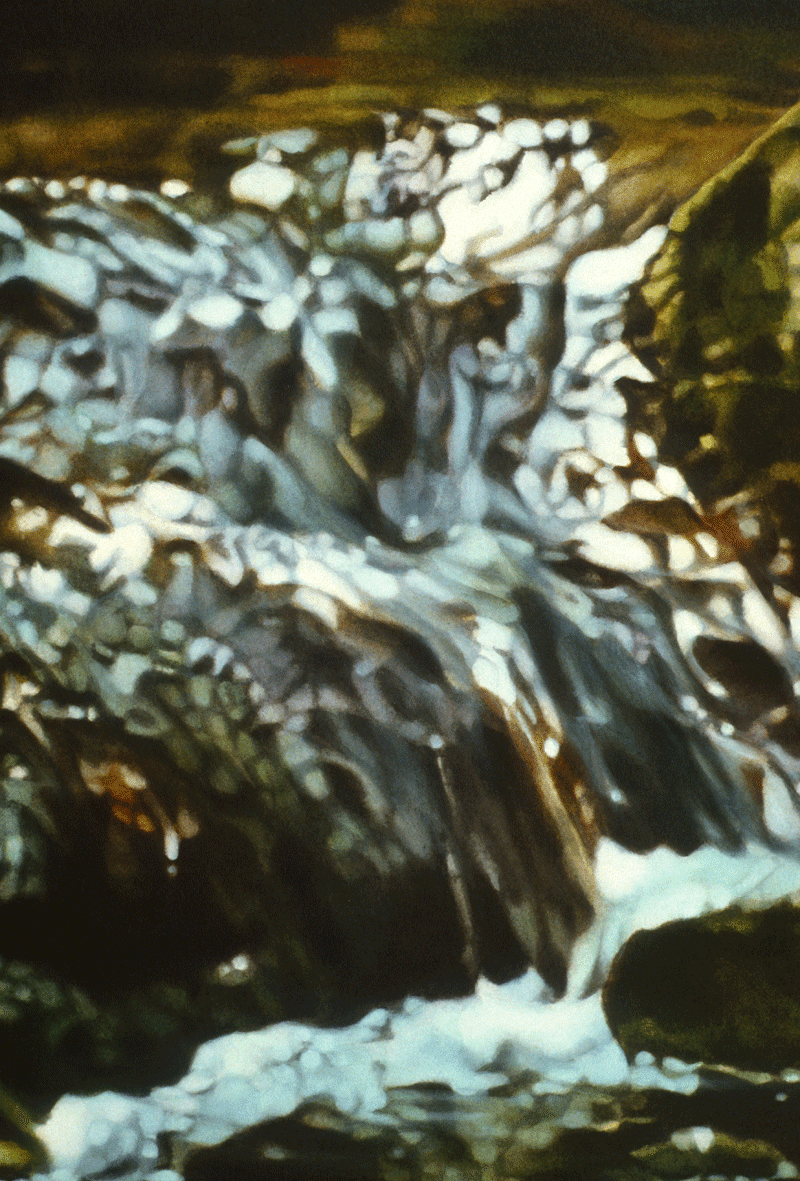 Focus, light and movement create magic on the painted surface. 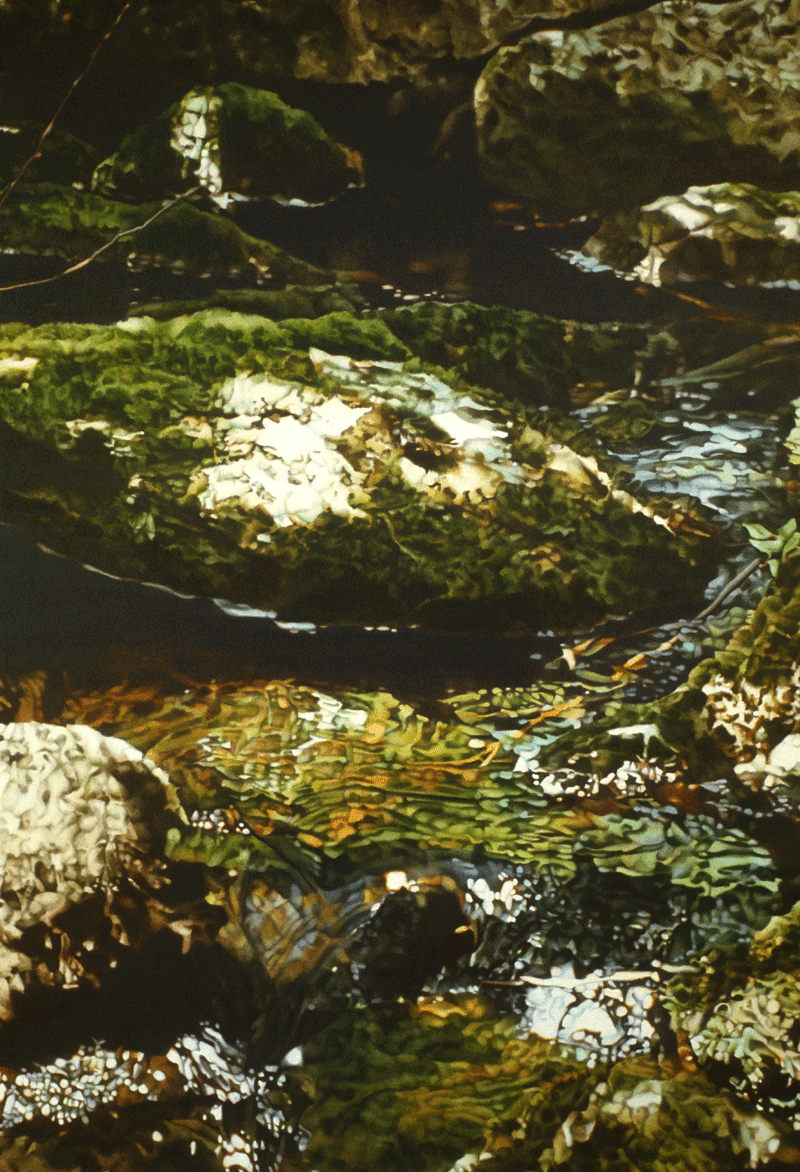 Contrast is drama.  Watching the usual magic of water flowing, and how the light juxtaposes darkest dark and lightest light becomes a lesson in creating drama. 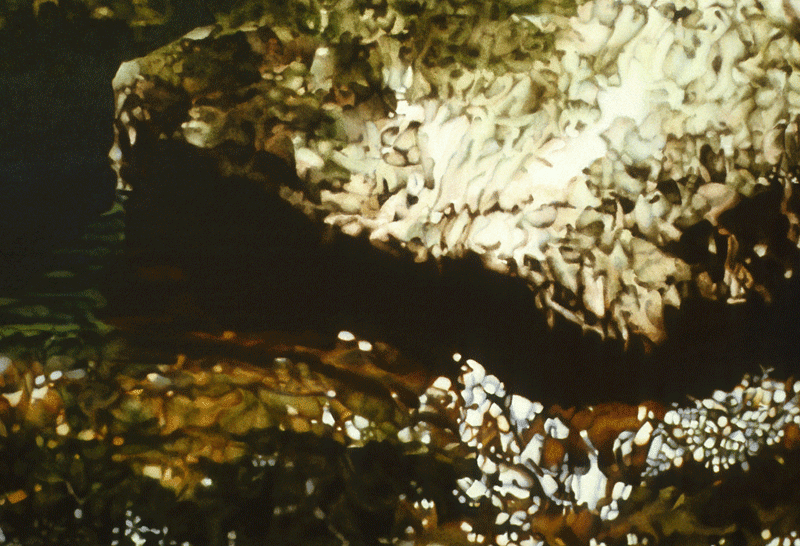 I think the secret of usual magic in nature, as well as in art, is to not let the net be broken.  No matter how dense or small the detail, every part and every part within the part, is whole. 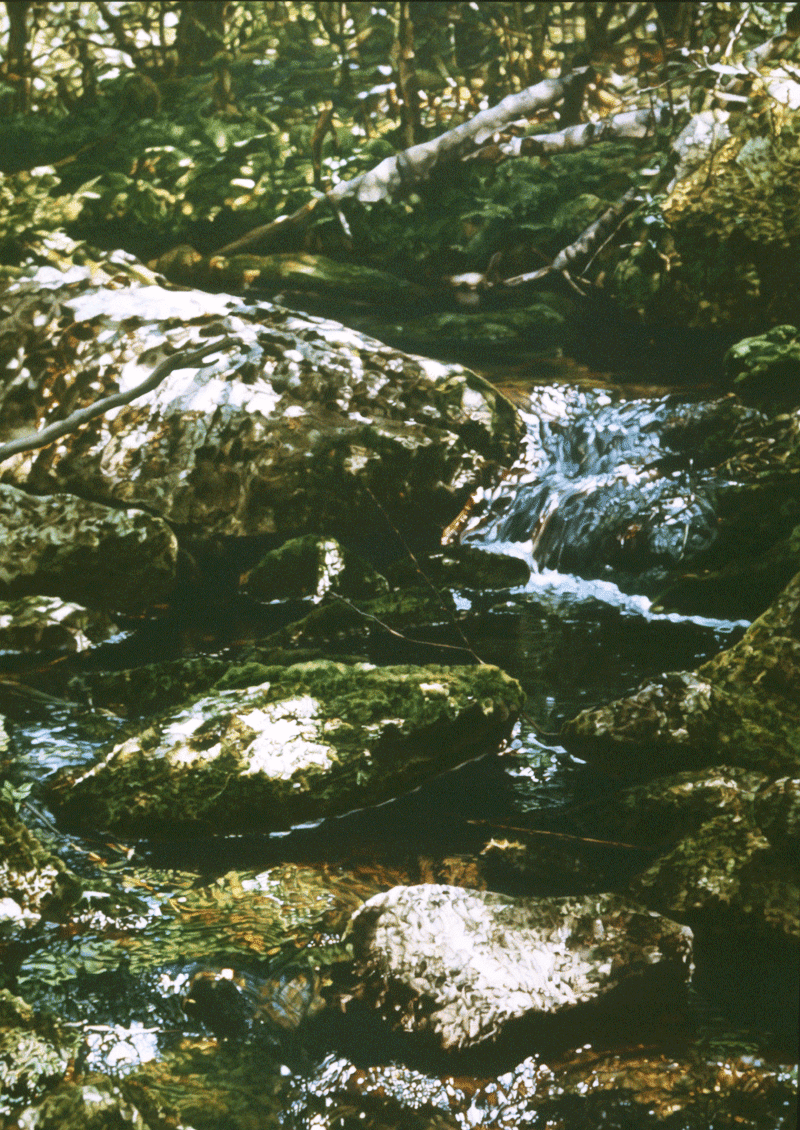 Usual Magic
acrylic on matte board

Posted by Kristen Scholfield-Sweet at 6:41 PM 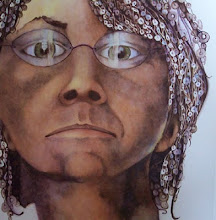